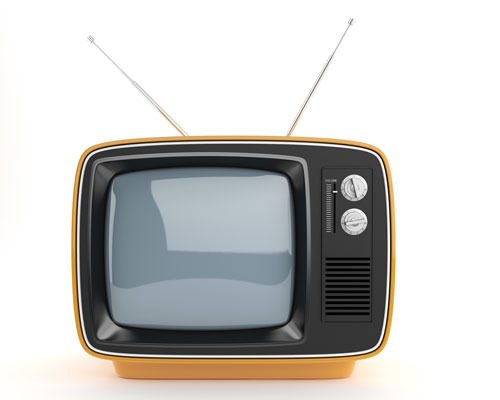 We do not have cable TV.

We do use Comcast for our internet service and watch TV shows on our Panasonic HDTV using its VieraCast service. This allows us to access services like Netflix, Amazon Instant Video, UStream and Pandora right on our TV.

When you add it all up, we probably don’t save a whole lot of money doing this but we do save time. Time watching stupid commercials and scheduling our evenings around TV network schedules. Plus, I’d rather vote with my wallet and direct money to the shows that we believe have value instead of paying for channels we will never, ever watch. Sorry, Oxygen.

I remember the days when cable just came out and they only had a few channels like HBO, Showtime and The Movie Channel. They just showed movies and comedians and NO COMMERCIALS. I have vague memories of watching early HBO with my parents while they showed comedians like Red Skelton interspersed with burlesque strippers. Yes, I guess I am getting old.

Back then, you were paying a subscription to avoid commercials. That was the big selling point. Movies were not interrupted by hundreds of commercials. You could settle in with your popcorn like you were at the movies; albeit, on a small cubist television. Home Box Office. That’s what that stands for. Cable was an escape from commercials and a haven for innovative programing.

I can’t stand commercials. Did you know that if you watch an NFL football game for three or four hours you only see about 15 minutes of actual action between the snaps of the ball and the whistles? The rest is just players milling about and commercials. Lot’s of them. Beer. Cars. And movie trailers that should not be shown to an all-ages audience in the early afternoon.

I can’t imagine watching Walking Dead on a Sunday night and being interrupted by a toilet paper commercial. I’ll watch it on Monday night on Amazon Instant Video instead of the football game.

Our household system works great because we have no commercials and we can control our kid’s viewing patterns. They can watch an episode of Phineas and Ferb in 24 minutes instead of 30 and not see 6 minutes of commercials for cheap plastic crap made in China that will clutter our house. With cable you pay for the show AND you have to sit through the commercials. That is double-dipping.

We can also curate the viewing options. I can only take so much of the Disney and/or Nickelodeon shows like Good Luck Charlie, Pair of Kings and Ant Farm but I actually enjoy shows like Phineas and Ferb, Curious George and Word Girl. These shows are charming, intelligent and come with some positive subtle messages. The Disney shows tend to show spoiled teenagers talking smack to each other and their parents. My kids tend to get all smart-alecky after viewing those shows and we don’t need any more of that.

In the evenings, we try to watch more educational fare like Dirty Jobs, MythBusters and Man versus Wild. Ok, “mildly” educational, but still entertaining and better than watching Survivor or American Idol. I believe those Discovery Channel shows teach kids what the real world is like while being entertaining and exciting. Unlike most of the “reality” shows out there.

Plus, we watch whenever we want and constantly find shows that we wouldn’t normally find flipping through the hundreds (or is it thousands?) of channels on the cable list.

Recently, on a vacation trip, the kids were excited to have real “cable” in the room. We spent a lot of time flipping through channels but not a lot of time watching anything of merit.

The kids may gripe about not having real cable but they still love TV enough that we can use it as a deterrent to misbehavior or punishment for crimes against the household.

Have you tried to talk to your kid while they are watching TV? My son actually moves his head around so he can see past me to the TV. So, when they don’t listen or their room is a mess, the TV goes off and the remote goes into hiding. When all is right with the household you can watch your TV. It works.

No TV before homework, music practice or cleaning your room is complete. We try to limit the total viewing to an hour or two a day which still seems like too much but sometimes we all need to return to our corners and relax.

Now, sports is a different matter. This is where it gets tricky.

We watch our hockey on NHL Game Center Live and they black out most local games and anything that is currently on a cable station. You see, they are on to me. That’s the bad news. The good news is that we can watch other teams play instead of just our home team over and over.

I grew up in the metro New York area and there were so many teams, you could pick and choose: Rangers, Devils, Islanders, Philly and Penguins. Where I live now, people are die-hard home team fans. If you listen to sports radio they talk for hours about how the team sucks or how great it is, as if the owners, players and coaches actually listened to what they had to say. And the commercials? Cable has nothing on sports radio.

It is actually refreshing to watch games outside of the area and see different players, different styles play and different uniform colors. It’s not like all the players are from the town they play for. In fact, my son plays hockey and has met a few of the local guys who made it to the big league and we enjoy watching them play on other teams throughout North America. When playoffs come, however, we are screwed. All local games are blacked out on-line. But this leads to fun trips to the local sports bar to find the tables with the televisions right on them.

We watch soccer on-line, the Olympics, in fact, we can even use my Apple Cinema Display I am typing into right now to watch programs. And now, our kids (the spoiled, smack-talkers) have their own iPads and can watch Netflix and YouTube on those. Don’t worry all restrictions are in place and we take those away when they don’t behave.

Now, if I could only find that remote.